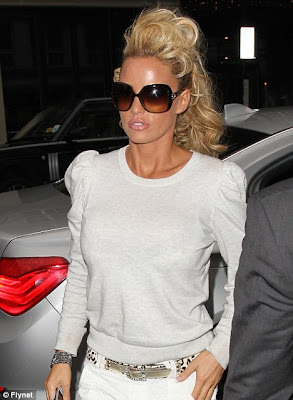 Hair-raising: Katie Price appears to have taken inspiration from Jedward with her new blonde quiff


She's no stranger to trying out different hairstyles, and has experimented with long, short, dark and blonde locks in the past.

But yesterday Katie Price opted for a hair-raising new look as she and boyfriend Leandro Penna headed to London's Cafe De Paris to film for her new TV talent show.

The 33-year-old model appeared to have taken inspiration from The X Factor's John and Edward Grimes, aka Jedward, with her extraordinarily high blonde quiff. 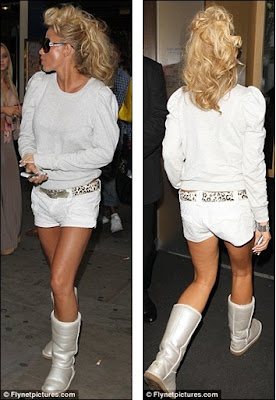 New look: Katie debuted the style as she headed to London's Cafe De Paris to film more scenes for her TV talent show


The 'do was equally as eye-catching from the side and behind, as Katie's long blonde hair had been swept up into a mass of tumbling curls.

Katie teamed her Jedward-style quiff with a plain grey jumper, white shorts and silver UGG boots as she made her way into the venue. 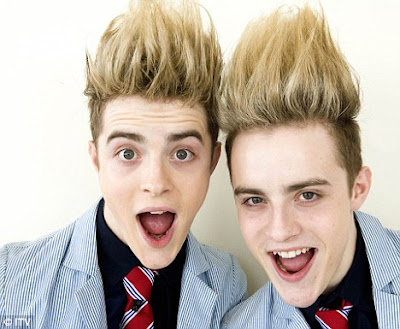 Inspiration: X Factor duo John and Edward Grimes, aka Jedward, became famous thanks to their massive quiffs and catchy songs


Katie has been spending a lot of time in London in recent weeks working on her modelling-based television programme.

Discovered by Katie Price, which will air on Sky Living this autumn, will see Katie set up Black Sheep Management modelling agency to find a model who ‘will break the mould’.

The show is being filmed for Sky Living and hopes to use Miss Price's knowledge, gained from 15 years in the business, to find exciting new talent. 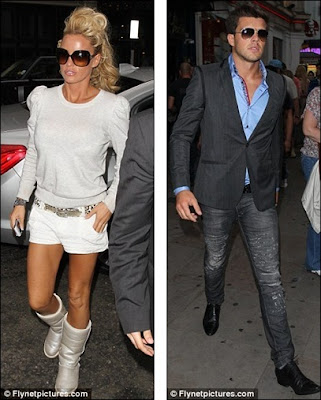 Fun day out: Katie was accompanied by boyfriend Leandro Penna as she arrived at the venue


According to the website: 'Katie's on the hunt for "the next big thing" to sign to a new talent agency. The winner will get a year long contract, personal mentoring from Katie and loads of other fabulous prizes.'

But it isn't just her TV show which is keeping Katie busy.

On Wednesday, the mother-of-three will be attempting to break the Guinness World Record for the biggest book signing as she launches her new novel The Comeback Girl at the O2 Academy in Leeds.

Talking about the challenge, Katie said: 'I'm so looking forward to trying to break the Guinness Book of Records title on Wednesday. I'm a bit nervous - who wouldn't be? - but Random House challenged me so I thought, why not, I'll give it a go.

'You know me, I can't resist a challenge. It'll be great fun whatever happens. And I've got an amazing outfit to show everyone. See you there!'