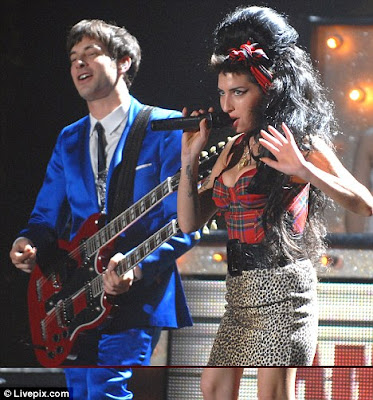 Musical soulmate: Mark Ronson has paid tribute to Amy Winehouse following her death, telling his Twitter followers she was 'like a sister' to him

The musician, who famously collaborated with Winehouse on tracks including the hit Valerie, led the emotional tributes to the 27-year-old singer on micro-blogging site Twitter.

He told his followers: 'She was my musical soulmate and like a sister to me. This is one of the saddest days of my life.' 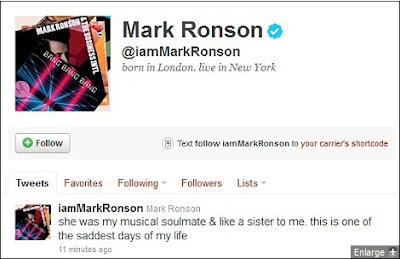 Grief: Ronson worked with Amy on tracks including the now famous Valerie


Ronson was just one of the stars who took to Twitter to express their grief over the passing of Winehouse.

Kelly Osbourne, who was a close friend of the singer's, posted another heartfelt tribute on her page, admitting she was struggling to cope with the news.

She wrote: 'I cant even breath right now im crying so hard i just lost 1 of my best friends. i love you forever Amy & will never forget the real you!'

The shock and sadness was evident from all who wrote on Twitter. 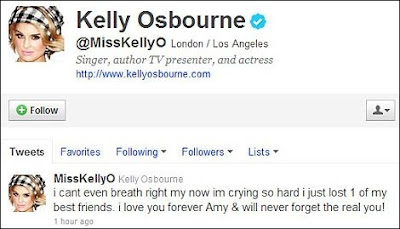 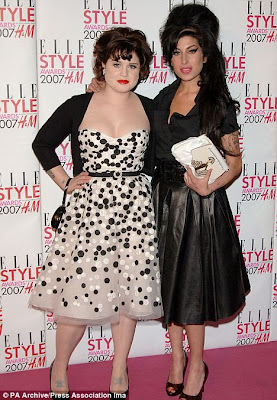 
Fellow singer LeAnn Rimes wrote: 'RIP Amy Winehouse. So sad to see such a talent gone and her life end in tragedy. This makes me terribly sad.'

Radio DJ Fearne Cotton: 'Can not believe the news. Amy was a special girl. The saddest news.'

Her untimely death means she joins the notorious '27 Club' of musicians who have died at that age after struggling to cope with fame. 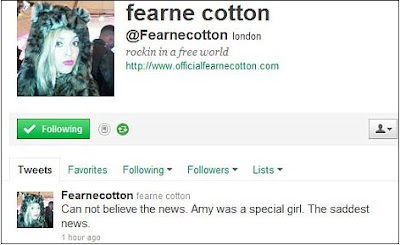 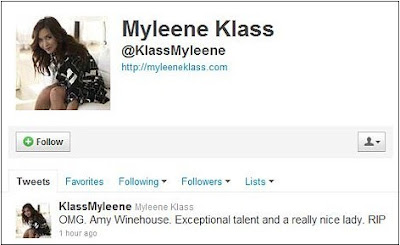 They include Rolling Stone Brian Jones, who drowned in a swimming pool in 1969; guitarist Jimi Hendrix, who choked to death in 1970 after mixing wine with sleeping pills; and singer Janis Joplin, who suffered a suspected heroin overdose the same year.

'At only 27 what a terrible waste of a great talent. Sincere condolences to her family.'

Presenter Phillip Schofield added: 'Just heard the sad news that Amy Winehouse has died. At only 27 what a terrible waste of a great talent. Sincere condolences to her family.'

Singer and radio presenter Emma Bunton said: 'Such sad news about Amy Winehouse. My thoughts are with her family.' 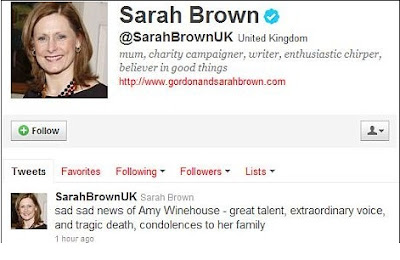 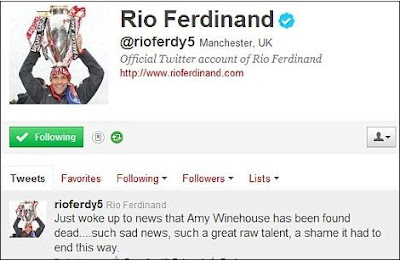 Other musicians also took to the website to pay their tributes.


Lily Allen wrote: 'Its just beyond sad, there's nothing else to say. She was such a lost soul, may she rest in peace.' 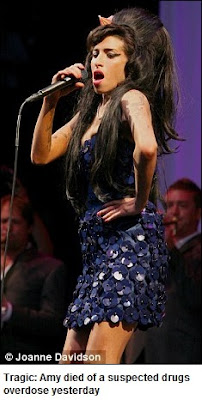 Singer Jessie J tweeted: 'The way tears are streaming down my face. Such a loss.'

Musician Professor Green: 'I really hope she's at peace now. I don't wanna hear any chat about it's her own fault, addiction is a powerful demon.'

A tweet from pop band JLS read: "Times like this remind me why its so important to live life to the fullest!! Amy Winehouse you will be a LEGEND in all out hearts!"

Burlesque artist Dita Von Teese wrote: "Devastated. I spent extraordinary times with Amy. She sang for me once for hours, it was the most beautiful & touching thing. A huge loss."

Actress Demi Moore wrote on Twitter: 'Truly sad news about Amy Winehouse. My heart goes out to her family. May her troubled soul find peace.'

Chef Jamie Oliver wrote: "Such a terrible shame to loose Amy winehouse such a talent, such a waste, raw talent."

Radio 1 DJ Edith Bowman wrote: 'Can't quite get my head round the news about Amy, such a talent, such a sad day, such a loss. RIP Amy x.'

Comedian Bill Bailey, a panellist on Never Mind The Buzzcocks, on which Winehouse once appeared, wrote: 'Poor Amy. She was a great guest on Buzzcocks, funny + outrageous. And a great talent. What a terrible waste."