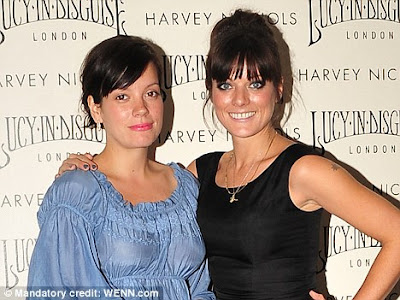 
Bailiffs have visited the home of Lily Allen’s sister over an unpaid council tax bill of nearly £1,800.

The visit by debt collectors came just days after Sarah Owen and singer Lily were forced to deny that the London fashion store they run together had closed its doors.

The bailiffs went to the £300,000 flat Sarah rents from James Bond star Daniel Craig to discuss the debt after Brent Council obtained a court order.


Sarah, 32, starred in a Channel 4 fly-on-the-wall documentary with half-sister Lily earlier this year, which charted their efforts to open fashion store Lucy In Disguise in Covent Garden.

Last week it appeared the shop may have closed just ten months after its launch.

But the sisters insisted they had moved the business to a temporary shop nearby and they had signed a lease for another permanent store which is due to open next month. 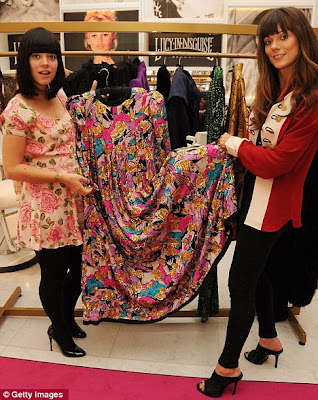 Lucy in Disguise: Lily Allen (left) and Sister Sarah Owen insist their clothing line is still going strong and plan to open another shop within a month


Meanwhile a spokesman for Sarah, whose flat is in a sought-after street in Queen’s Park, North-West London, where houses sell for an average of £1.4 million, declined to comment on the council tax bill.

Failure to pay council tax is punishable with up to three months in prison.

In one episode of Riches To Rags, the three-part TV series about the store, 26-year-old Lily was shown storming out of a meeting when a focus group criticised her vintage frocks, while Sarah was described as ‘really good at partying’.

A source confirmed bailiffs had visited Sarah’s flat, adding: ‘The debts go back a few months. Obviously as a tenant she is liable for paying the council tax.’

A spokesman for 007 actor Daniel Craig also declined to comment.

A source said: ‘Daniel owns the ¬property, but he doesn’t live there ¬and the liability for paying the council tax does not lie with him.’

A Brent Council spokesman said: ‘A liability order was obtained for non-payment of council tax for the current year for the sum of £1,792.93 at Brent Magistrates’ Court on June 7.

‘It gives the power to recover the debt and the methods we can use are bailiffs or tax deduction from earnings.

‘When you are a tenant you have to register for council tax and in 99 per cent of cases a tenancy agreement states that the tenant is liable for paying council tax.’