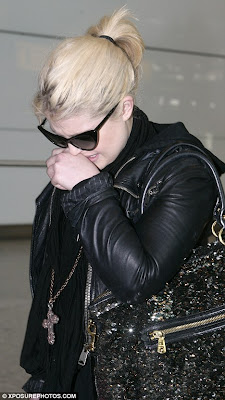 
A grief-stricken Kelly Osbourne broke down in tears today as she jetted into London to say her goodbyes to Amy Winehouse.

Kelly, 26, couldn't hold back the tears and hid her eyes beneath huge black sunglasses as she arrived at Heathrow airport.

Still in shock over her best friend's untimely and sudden death, Kelly dashed out of the terminal and into a waiting car.


She is believed to be in London to attend Amy's funeral, which is understood to be taking place on Wednesday.

Kelly was one of the first of Amy's close friends to pay tribute to the star, who was found dead at her London home on Saturday afternoon.

She took to her Twitter page and said: '‘i cant even breath right my now im crying so hard i just lost 1 of my best friends. i love you forever Amy & will never forget the real you!' 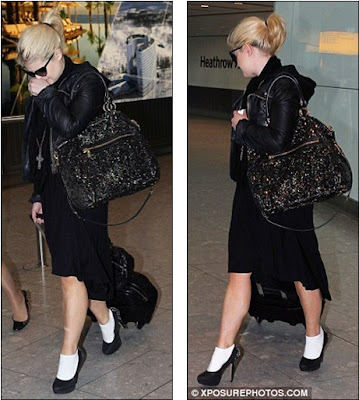 In mourning: Kelly, dressed head to toe in black, hid her face as she quickly made her way through the terminal at Heathrow


Later on in the day she added: 'i miss my friend! im going to be off twitter for a while thank you for all your support! [sic].’

Amy, who was 27 when she died, was close to Kelly, who has been there to support her friend through her troubled times.

In 2008, she was seen helping Amy settle into rehab in central London to try and kick her addiction to drugs. 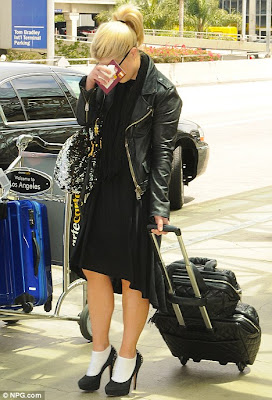 On her way: Kelly hid her face as she jetted out of Los Angeles yesterday


Along with Amy's father Mitch, Kelly arrived laden down with Amy's belongings, which she'd collected for her from her then flat in Bow, east London.

Kelly led the tributes to Amy this weekend, as her friends and peers paid their respects to the star.

And today, singer Adele became the latest to pay tribute to the Back To Black star as the showbiz world continues to reel from the shock of her death. 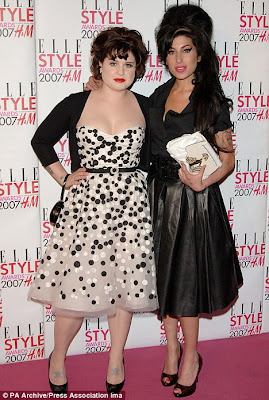 Pink carpet princesses: Kelly and Amy looked stunning as they posed together at the ELLE Style Awards 2007 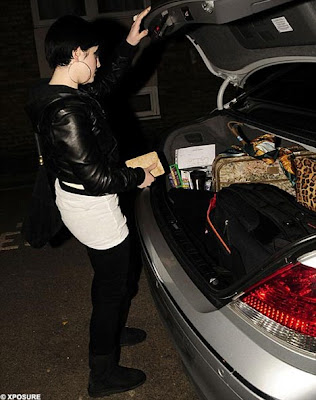 Helping hand: In 2008, Kelly helped Amy pack up some of her belongings and move into rehab


Writing on her blog, Adele, 23, said: 'Amy paved the way for artists like me and made people excited about British music again whilst being fearlessly hilarious and blase about the whole thing.

'I don’t think she ever realised just how brilliant she was and how important she is, but that just makes her even more charming.

'Although im incredibly sad about Amy passing im also reminded of how immensely proud of her i am as well. and grateful to be inspired by her. Amy flies in paradise.' 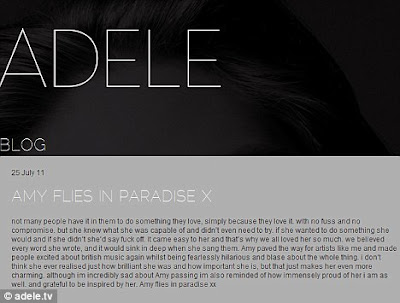 Moving: Singer Adele took to her blog to pay tribute to Amy


Actress Demi Moore wrote on her Twitter page and said: 'Truly sad news about Amy Winehouse. My heart goes out to her family. May her troubled soul find peace.'

Lady Gaga added: 'Amy changed pop music forever, I remember knowing there was hope, and feeling not alone because of her. She lived jazz, she lived the blues.'

And producer Mark Ronson, who famously collaborated with Winehouse on tracks including the hit Valerie said: 'She was my musical soulmate and like a sister to me. This is one of the saddest days of my life.' 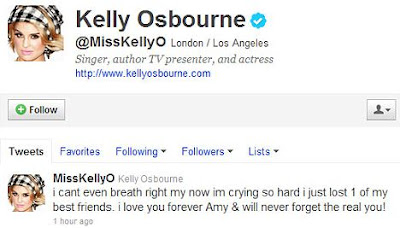 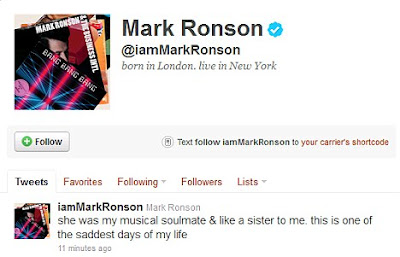 Grief: Ronson worked with Amy on tracks including the now famous Valerie